Today is Armistice Day, which commemorates the agreement signed between the Allies and Germany on November 11, 1918, to stop fighting. It is the day we pay tribute to all those who died in both world wars and other conflicts since then, as we observe two minutes of silence at 11am.

Today and every day we’re committed to continuing our efforts to support former members of the Armed Forces, who have sacrificed so much to keep us safe. And one veteran currently making a big contribution to our business is employee relations manager Mark Reay. 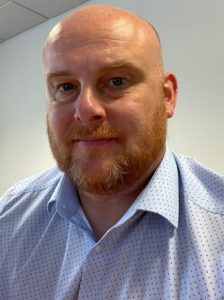 We hold the Employer Recognition Scheme Silver Award from the Armed Forces Covenant, which recognises organisations that are Armed Forces-friendly and are open to employing a range of people with military connections, including veterans.

Mark, who was a former communications systems operator in the Royal Corps of Signals, spent 24 years in the Armed Forces before leaving in February 2017.

‘My time was up in the military – I had completed my full service,’ he said. ‘But I found the transition to civilian life a lot less daunting than most, as my family where already settled in the North East.

‘We had a family home, so accommodation wasn’t an issue, our children were settled in school and my wife has her successful career. I was the last piece of the jigsaw.

‘On leaving the services I was initially employed by Manpower Group as a Service Delivery Manager for the BT contract.

‘I was responsible for managing about 250 agency employees employed in BT Contact Centres throughout the North East.

‘But I was at risk of redundancy from Manpower, so began searching for other roles.

‘I was successful in securing an interview at Churchill and I haven’t looked back or stopped developing!’

Now settled in his job with us, Mark feels that there are a multitude of skills that are transferable from military service to jobs in civilian life.

‘I completed a CIPD qualification during my transition from the military which underpins my current career, but many transferable skills aren’t necessarily supported by a qualification,’ he said. ‘They include things such as integrity, reliability, honesty and time keeping.’

And, of course, these are skills which are valuable in any workplace. As is the ability to adapt swiftly to change, which is instilled by the Armed Forces and is also vital in facilities management 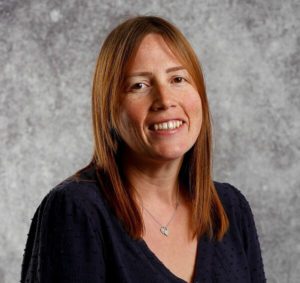 Louisa Clarke, managing director – operations at Churchill, who is herself a veteran, having served 10 years in the Royal Air Force as a movements controller, said: ‘It’s an absolute pleasure working with Mark, his collaborative nature and Forces’ background allows him to easily support and positively advise the operational teams carrying out the FM role.

‘Military training is focused on preparedness and the ability to cope with change, and it is regularly called upon when working on an FM contract.

‘There is no reason why an ex-military professional should doubt their chances of success in facilities management. The industry has something for everyone, no matter what their career history is.

‘The work is challenging, making it a great fit for who people who thrive in high pressure situations. It is also rewarding with plenty of opportunities for a person to test their capabilities and further their career.

‘Above all, the industry allows employees to make a difference to people’s lives. In that sense, it is an ideal next step for those who have helped to make the world a safer place.

Continuing our commitment to the Armed Forces, veterans and their families, Churchill is working towards the Armed Forces Covenant’s Gold Employer Recognition Award in 2022.