Next in line to share his progression and development story is Alex Iles, operations manager for Churchill’s southwest region. Alex’s role entails ensuring his account managers are supported across their projects, key contracts are looked after and that managers themselves are trained and developed so they can run their portfolios effectively.

Alex has spoken to us about the different steps he has taken in his career growth at Churchill and how the company has supported him along the way.

I began at Churchill more than six years ago as an account manager. I knew of Churchill because the company had been a customer at some of my previous employers. I always thought it was a very organised, switched-on business and I really enjoyed working collaboratively with the people.

When an opportunity arose to join the Churchill team as an account manager, I was a bit apprehensive, as it would’ve technically been a step down from my previous job but I was told at my interview there would be opportunities for growth, and I was keen to join. After my first 12 months I was promoted to a senior account manager, then another two years later I was promoted to my current role. 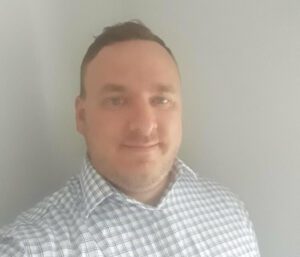 I took the challenge with an open mind, and then two months into the role Covid-19 hit the UK. It was definitely intimidating being essentially thrown in at the deep end, as lots of our main contracts were no longer manageable as they started to close and furlough staff. We ended up restructuring the team slightly, which has had many benefits. Regular planning sessions were created, as we saw that Covid-19 really meant that attempting to plan ahead became more and more difficult.

However, the pandemic also gave us opportunities to try things we had never done before, such as introducing recognition schemes for the account managers, conducting team surveys to gauge the team’s feelings about the current working style, and ensuring they were getting the most out of the work-from-home life we all fell into. The team responded well to these changes overall, which was reflected in work and productivity levels.

One of the most beneficial parts of my progression at Churchill was having moved up through all the positions chronologically. I find that when people leapfrog up through ranks it usually fails, as they don’t necessarily understand the roles of the team below them and therefore don’t know how best to manage or understand the day-to-day pressures. Having already been an account manager, I understood the challenges of the role and therefore the best ways to support the current team.

My own personal training and development at Churchill is still ongoing; every day I am learning something new and asking new questions to develop my own role. Churchill really values staff training, with opportunities to gain qualifications with bodies like IOSH and BICs. No two days are the same, and the team ethos is super supportive. All these qualities are what makes Churchill great to work for.

The next step for me is to continue to develop and train individuals on my team. By doing so I can encourage the next operations manager of the region to step forward. Some would see this as a threat, but the only way for us to continue to grow and develop the team and the capability of the region is to maximise the team’s skills.

I’ve helped seven people gain promotion since being operations manager and I hope to continue helping team members in this way. For me, I would love to continue developing my role and progress up to the next step of regional manager and beyond. Ultimately, by focussing our efforts on developing the team, so the region grows in profitability and productivity, it benefits everyone.