Leanna Kelly-Smith, our north west regional manager, transferred into Churchill when the firm she was working for was acquired by us in 2012. At the time she was working as a contract manager on an Arriva Trains Wales contract.

But she took her first steps in the FM industry at the age of 23, when she was appointed to a junior account manager’s role, in charge of a portfolio of banks across North Wales.

After that, she moved into the rail industry, becoming an auditor on Cross Country Trains, where she later became a training manager, then an account manager. 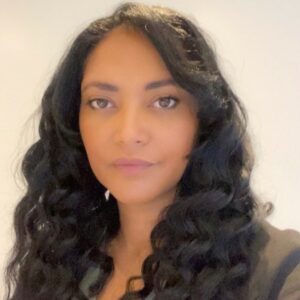 ‘It was at this point I realised a 9 to 5 office job was never going to be my path,’ she said. ‘There’s something special about being in a different city every day.

‘When I first came into Churchill I remember having to report directly into the north and south operational managers due to my portfolio being in the middle of the country.

‘I would attend both regional meetings, which was a great way to meet the key people in the company at the time.

‘Obviously, the dream was to develop the north west region to the point where it was a standalone area. Back then there were two account managers, now we have increased to ten and it is safe to say we are now our own region!

‘Over the years I’ve progressed from account manager to key account manager to operations manager and now regional manager. And, with the projects we are currently working on, it is an exciting time for the north west, which will only increase.

‘For me our reputation is key, our teams always work to our company values: Always do right, always put people first, always seek better. ‘

‘We all know that the FM business is fast paced and can be very challenging at times. It may not be for everyone but for the people who love it, there’s nothing else quite like it.

‘So getting the right people is very important and Churchill does that well.  Building a team is like doing a puzzle, you can’t complete it unless you have all the right pieces.

‘And what makes Churchill special is quite simple: It’s the people.  They are good, honest people with integrity and the company gives them the freedom to bring new ideas to the table. It also supports development opportunities and values everyone as a person, not just a number.’

Managing director Louisa Clarke said: ‘Leanna’s dedication and leadership have been instrumental in the north west region’s success.  Her journey is a great example of professional growth, as she started with us in 2012 in the account manager role and her commitment and hard work now sees her lead the team as a regional manager.

‘I’d like to thank her for the last ten years, and look forward to many more successful years ahead.’